Result and efficiency-driven high-performing individuals often have a blindspot when relating to others. It can create unintended harm to team morale and trust. Others tolerate such “jerk” behavior as subject matter expertise, and “get things done” competencies are valued more.

It is not that they don’t get any feedback to correct their behavior, but rather the opposite. They don’t get timely and precise feedback. People want to understand the feedback before they can act on it. And when they do, they commit to it and eventually become more impactful.

“I have been receiving this feedback for so many years. However, this is the first time I can understand it.” This is a typical response I hear as I coach such individuals.

I share the stories of two such leaders, Dawn and Karl (not their real names), on how the awareness of their blind spots helped them build trust that eventually enhanced the bottom line.

In her 360-degree survey, Dawn received feedback from her boss and a few others that even though she was smart and got things done, she sometimes appeared dismissive of others. They suggested she should listen better and build trust.

During our session, I noticed that she was intensely reading the 360 report while I was talking to her. I realized maybe this is what people were saying. So I said, “Dawn, for the last 10 minutes, I have been talking to you, and I see you are focusing on the report more than engaging in this conversation. The feedback we are talking about is happening right now”. Bingo, she turned at me, looked a bit taken back. Then she said, “Wow (long pause), now I understand. For the last 15 years, people have given me this feedback, but I never realized what they meant.”

There were a lot of emotions on her face. I read it as sadness- but I could be wrong.

That real-time feedback helped her see how her unintentional behavior rubbed people the wrong way. She said she didn’t mean to disrespect. Instead, she wanted to dig in and understand. “And I do it all the time. My life is extremely busy, both at work and at home. I don’t have time, so I try to be efficient.”

I asked her to apply this awareness in a low stake situation and see what happens when she actively listens. She decided to try it during 1:1 meetings with her direct reports. She hinted she could use it at home with her husband too.

Fast forward one month, Dawn reported that the conversation got deeper and high quality when she gave her undivided attention. It helped address issues together and improved mutual trust and respect.

Karl, a super genius software architect, was infamous for his curtness. His role expected him to guide other teams and engineers, but people were intimidated to come to him for help. Interestingly, Karl told me he appreciated it when people included him in early design decisions.

Coaching helped Karl discover that his curtness was a stress reaction. For example, during software design reviews, when he found that it didn’t meet the bar, he was afraid that he needed to fix it himself on top of his existing pile of work. Given it happened often, his fear was very legit.

As he spoke, I noticed that his communication was not clear enough, which could be another barrier that the teams didn’t understand his initial feedback in the first place. Given his high status and unapproachable personality, people didn’t feel comfortable letting him know that or asking follow-up questions.

Over the next few months, Karl and I worked on improving his communication plus helped him understand the responsibility structure in the team. As a result, he learned to leverage his manager to distribute the workload better and reduce his stress. As a result, Karl became calmer and more available to mentor his team.

One day Karl told me that in the last 12-13 years, he had the same feedback about his curtness from many people, but It was the first time he could do something with it.

As I looked back on these scenarios, I summarized my observations below.

What resonated with you most as you read Dawn and Karl’s stories?

Life Lessons From Adopting A Pet 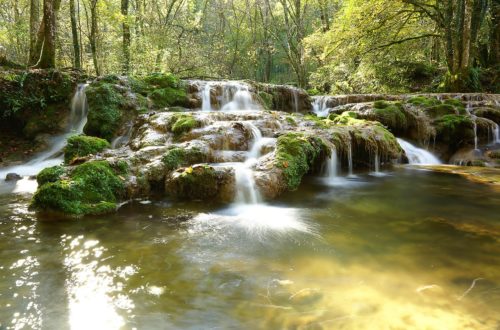 The Story Behind “Q&A With Sharmin” Series