Helen, a mid-level leader, was frustrated with her boss. He told her one thing, but his behavior during meetings was saying something else. She was confused, and the only conclusion she could come up with was he was not forthright. I noticed the anger was pretty high in Helen’s voice as she spoke. “You seem upset about this,” I said. “Yes I am, because…”- Helen tried to justify her anger. I offered her a quick breathing process, and it helped her feel calmer. I then paraphrased the situation. “Your boss told you X, and now in the meeting, he is acting as Y. You are curious about the discrepancy”. She nodded with a smile – “Now that you added the “curious” word, it doesn’t seem that bad.” “Would you be ok to talk to him about this?”- I asked. She agreed. Helen followed through; the conversation went well. Her boss gave her further context, and that helped.

Helen was stuck in “either-or” thinking. She was sure that her boss was not forthcoming (one extreme), and she was afraid to confront as it would jeopardize her relationship with him (another extreme). From this perspective, she had two polar opposite choices – either tolerate at the expense of her clarity or jeopardize her relationship. Curiosity helped her to soften the extremity and opened her up for a dialog. As a result, she had more clarity and more trust with her boss.

Adam, another senior leader, was known for his abrasiveness, but he didn’t know how to change that without compromising his work responsibility. As a senior person in the team, his role was to provide technical guidance for others. Often when something didn’t meet his quality bar despite his feedback, he assumed that he had to fix it. While he had that knowledge and skills to do so – this tendency created an extra workload for him that he didn’t enjoy. And that caused him stress as early as when he first noticed those quality discrepancies during the review meetings. The stress reaction showed up as abrasive to others. He didn’t like it either. From his perspective, he had only two choices – not to care about the team’s work quality(one extreme) or to take over and fix them as his own expense (the other extreme).

After our exploration, Adam became aware of his limiting assumptions. He saw more possibilities. He realized that if he expressed his concerns/suggestions more calmly, there was a better chance that others would follow it. If they needed help implementing the changes, there could be other ways to find it instead of automatically assuming responsibility. His stress level came down, and others noticed his calmer responses leading to more constructive meetings.

What is the Root Cause?

Here are a few common aspects of such a situation

What to do about it?

It may sound daunting on the surface, but these simple steps could help. You are already an accomplished professional. You have the skills inside you. It is time you make them into good use.

Notice, Recognize and Process the Emotions

If you are feeling stressed about something, pay attention. Do not try to solve it in one go. Notice the stress or the heightened emotion- recognize it, process it. Sharing with someone you trust helps. Tell them that you are not asking them to fix, you want them to listen so you can process. We often think that emotions are useless; it clouds our judgments. In reality, even though emotions are messy, it gives us information that something needs our attention.

Once the emotion is tamed, look into the situation more objectively. Write down the assumptions. Think like an engineer or a scientist. See how you can verify them. Since you will be checking them with another person most likely, make sure you are not imposing your judgment on them. Use your curiosity, let the exploration drive you to a shared understanding.

A followup action could be a conversation, simple breathing practice, or a constant reminder of your new way of being. Make it small so you can do it, learn from it, and apply it in another situation. Do not expect overnight change, shoot for incremental shifts. Any behavior change is a slow iterative process of awareness, action, and reflection. Less is more, consistency is the key, and sustainable change is the prize.

Adam later thanked me, saying that it was the first time in 15 years he learned a way to be effective without being abrasive. Helen felt more confident to confront with compassion. If Adam and Helen could change a life long behavior, so can you.

Are you a leader in the High-tech? Are you a High Performing individual? Ready to take your game to the next level? Want to get in touch with your passion? I am an executive coach with a background in technology. Send me a note to claim your 30-min phone session free of charge. – Sharmin 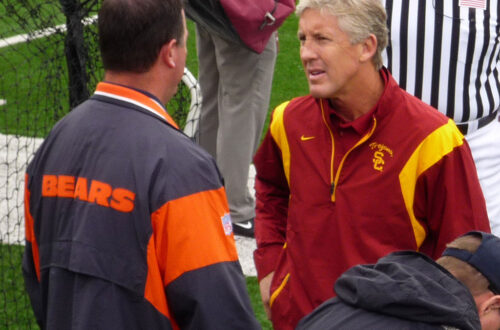 Feeling Stuck? Look into Your Fears

COVID-19 Amplified The Working Parents’ Struggles: What Can We Learn?